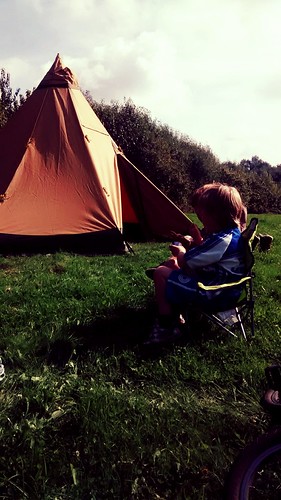 Wow, no blogging since May, it’s been a long break! So much has happened and changed, the boys are now both at school!  I’ll pretend I never left and continue as I was…

Starting with a little write up about our weekend.  The weekend involved bike racing at the first race of the NDCXL season and a bit of camping. 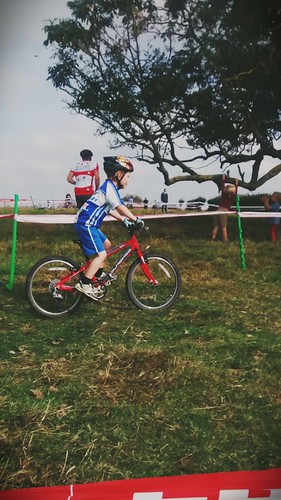 Here’s The Fireman in action at the race.  He was so keen he got out of bed at 11pm the night before thinking it was morning and again at 5:30am, can’t fault his enthusiasm.  The Farmer decided he wasn’t going to race but has since decided that a new bike is in order, then he will race, sneaky.

After we headed to a little campsite in Ticknall, this is only about 10 miles from home, but since buying a Tentipi this summer, we’ve decided to take every opportunity to use it.  We’ve been really impressed with the Tentipi so far.  It’s been quite a big change to the way we camp. 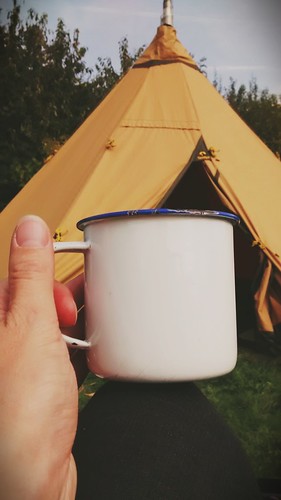 We’ve taken a more simplistic approach to camping this summer and the Tentipi fits the bill perfectly. It’s not cheap, hence camping at every opportunity we get 🙂 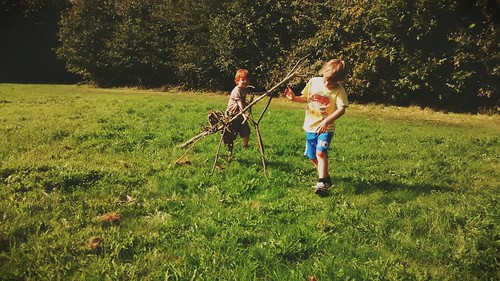 We can put the tent up in less than 15mins and have the rest set up within another 15mins. No having to thread poles through sleeves or ground sheets to zip in or inner tents to attach.  It is much lighter than the previous tent too. 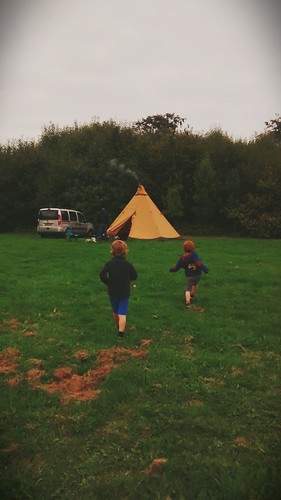 The best thing about the tent has to be the stove! our first trip on the summer solstice this year was VERY mild temperatures, but we have a stove so we HAVE to use it 🙂 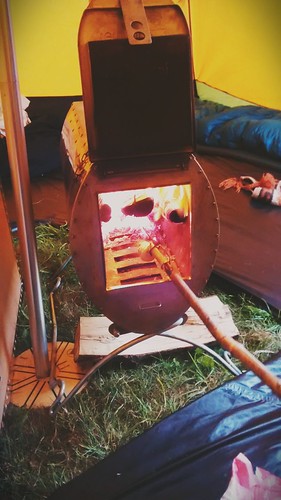 We take some firewood with us, but we have two perfectly adapted stick collecting monkeys with us.  When the stove gets going, the tent is warm in less than 20mins. Sometimes so warm you have to step out to cool down. 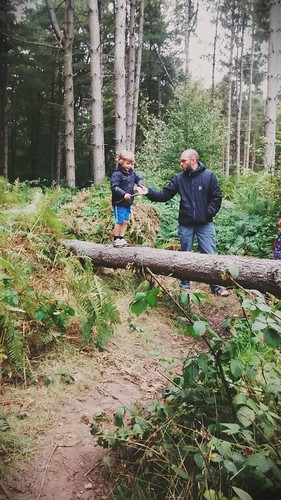 We took a short walk into the woods before bed, it was lovely. I can’t think of a better way to spend an evening.
The next morning we were ready to explore again, the boys are great at spotting things now. They can identify oak and hazel and even spot this perfectly camouflaged comma. 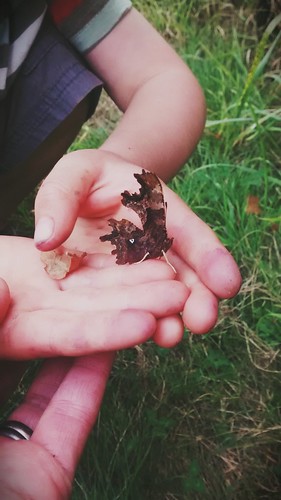 They were also keen to collect blackberries, I couldn’t refuse 🙂 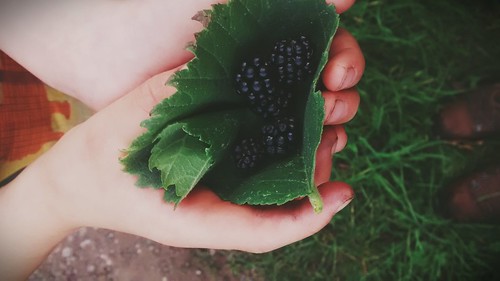 We’re planning on seeing how far into the winter we can go without freezing.

← The Farmer is 4! A Knights and Dragons Party!
Snow Day →

5 thoughts on “Tea and Tentipi”